We are named in the CPS Rape and Serious Sexual Offences (RASSO) 5-year plan.

The document, named RASSO 2025, is a five-year blueprint to help the CPS address the gap between the number of reported cases of sexual violence and those that come to court.  Key parts of this work involved looking at how survivors of sexual violence are supported and how barriers to justice can be removed.

Nottingham’s SVAN has been included under the heading public confidence.  In the document it states that the SVAN ‘brings together statutory and voluntary sector organisations to ensure an effective partnership approach to sexual violence.  The SVAN has become so successful that it is now a model being used by other councils for other cities to combat sexual violence.’

This recognition follows a meeting with the Director of Public Prosecutions, Max Hill QC, in February where SVAN members talked about our model of working and showed him copies of our Your Journey guide for survivors.

Charlotte-Caulton Scott, Head of CPS East Midland’s RASSO Unit, has played a key role in creating strong working relationships between ISVAs and ChISVAs who support survivors during the criminal justice process.  She has also helped to showcase the work of the coalition in the wider CPS.  In a statement on the CPS East Midlands website she said ‘Listening to victims and victims groups is one of the most important things for the CPS to do. Working with other professionals as part of this close-knit network has transformed the service we all provide to survivors of rape.  We now understand more about their experiences and others supporting survivors understand more about what we need to do to prosecute.’

You can find out more about the work of the Consent Coalition on our website.  Here you can download resources including the Your Journey booklet.

We are always ready to hear from organisations in Nottingham and Nottinghamshire who would like to find out more about our work and how they can support us.  Why not get in touch!

We hope you join us in saying that Nottingham does not tolerate any form of sexual violence. 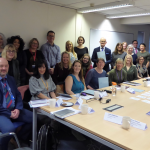 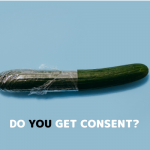